On March 26th, the Tennessee Williams Museum will be hosting a birthday celebration for Tennessee Williams, who would have been 112. The event will include champagne, cake, and the announcement of the first and second place winners of the poetry and short story contests. Attendees will be able to hear the winning poems read aloud and selected pages from the winning short story manuscript.

This event is part of the 'Tennessee Williams Birthday Celebration'.

Each March, Key West Art & Historical Society hosts the 'Tennessee Williams Birthday Celebration', an annual month-long series of arts and cultural events. This festival celebrates the life and accomplishments of Pulitzer-prize winning literary icon Tennessee Williams, who moved to Key West in 1949 and remained a resident for 34 years. Events include fundraisers, plein air painting, poetry and short story writing contests, lectures, museum tours, film showings, live theater events and a birthday party.  The celebration is an opportunity to honor the legacy of Williams and his famous works such as The Glass Menagerie, A Streetcar Named Desire, and Cat on a Hot Tin Roof.

Tennessee Williams Poetry Contest
In celebration of Tennessee Williams' 112th Birthday, the Key West Art & Historical Society is holding a Poetry Writing Contest. Entries must be 30 lines or less and must reference Williams in some way. Prizes include a $200 First Place prize and publication on the Society's website, as well as a $100 Second Place prize. Submissions are due by March 11th, 2023, and the winners will be announced on March 26th at a special Birthday Party at the Tennessee Williams Museum.

Tennessee Williams Short Story Contest
Open to everyone, the contest requires submissions to be between 1,500 to 4,000 words and must in some way reference Tennessee Williams. Prizes of $200 for first place and $100 for second place, along with publication on the Society's website, will be awarded. Submissions are open until March 11, 2023, with winners announced at a special Birthday Party at the Tennessee Williams Museum on March 26, 2023. 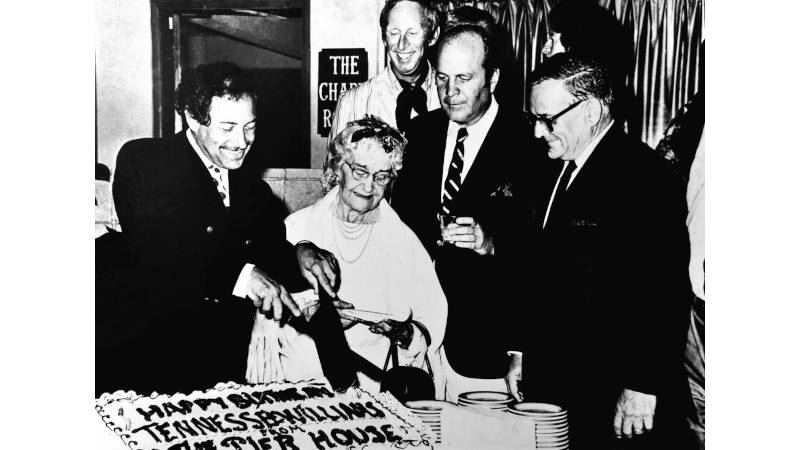